Yep. That’s me and Marco. It was one of those slightly surreal moments in my life, where I walk into a room and Marco Pierre White is there in his chef whites looking busy and cheffy. Being an avid Masterchef Australia fan, where he comes on for ‘Marco Week’, as soon as he walks through the doors and the contestants just scream and die, I’m pleased I managed to keep my myself together even though I may have internally combusted with excitement at any point.

This happened on board my first ever cruise with P&O Cruises to Russia and Scandinavia on-board Britannia. And to be honest, the biggest selling point was that the great man himself would be aboard and I could have a masterclass with him at the Cookery Club. 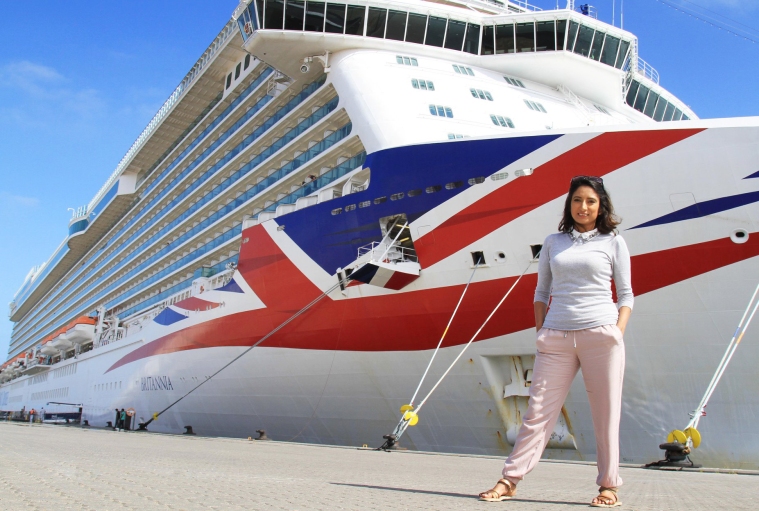 P&O have a number of Food Heroes, specialising in different areas, and different cookery classes run throughout the cruise from a Thai masterclass to bread-making and several others in-between. I (according to myself) chose the best one. 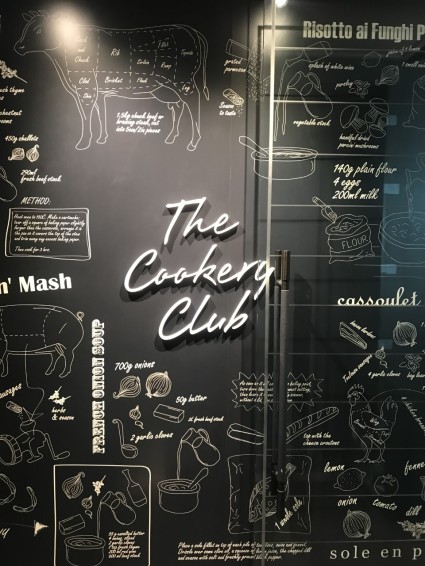 The class is 2 hours, has a maximum of 24 people, and you get paired up with the nearest person next to you. Being a vegetarian, luckily I had someone who wasn’t into seafood which Marco was making for the main. The kitchen was all set up for us to go!

Firstly Marco gathered us all around the front bench (he made sure I was a the front, as he clearly noticed I was a bit petitey). The first dish was a mushroom risotto, which I never knew could be so exciting! But the passion he brought, as well as some totally useful tips made us all attentive and inspired. It made me also borderline Monica Geller, and I wanted to be the best and beat the competition, though I don’t think my partner who just wanted a nice morning out, felt the same cut-throat ambition I did.

As it turned out, he actually told me off for putting all my butter in too early. However it tasted so good, and easily the best risotto I’ve ever made. After we ate that, it was time for the main, where he was making a seafood-something, but gave me the job of macaroni cheese. Again something seemingly simple, but to get exactly spot on is pretty hard. Luckily, again with his guidance, we made the most perfect mac ‘n’ cheese on that side of the Baltic Sea. 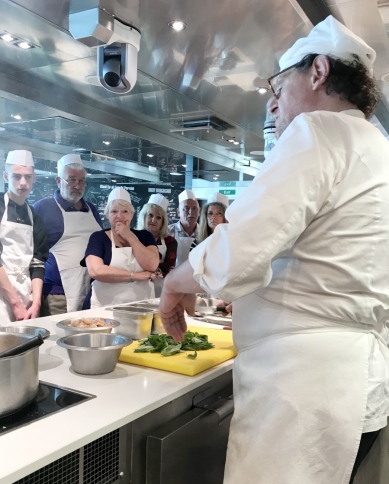 At the end (I didn’t really want to leave, but presumed they’d chuck me out), I got my signed card and a cheeky photo. I left feeling like his number one fangirl and incredibly lucky to have experienced something I didn’t even know was an option anywhere. I spent the rest of the day regurgitating moments with “when Marco and I…”, “hahahahaha”, “…you needed to be there”. Which I’m sure wasn’t annoying at all.

The MasterClass with Marco Pierre White cost £100. Hosted dinners with Marco was also available at £150.

4 thoughts on “Masterclass on board Britannia with Marco Pierre White”